Tuesday, January 24 . The Lady Indians played at home against CIC opponent Frankton and came up short 41-50. The JV picked up a win in their contest beating the Eagles 40-36. The girls last contest before sectional is at Blackford on Thursday, January 26 for a varisty-only contest (rescheduled) to start at 7:00pm. 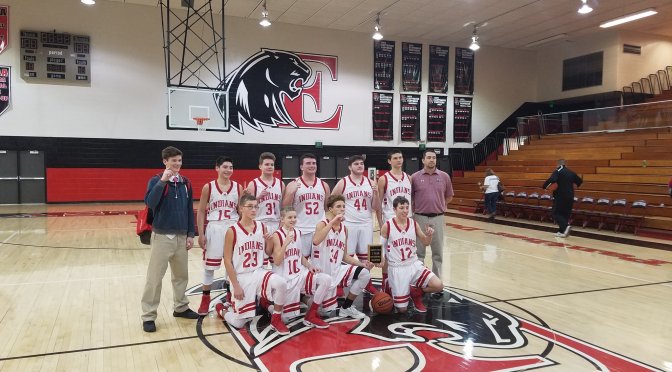 To kick off the weekend, Katie Scott signed to continue her cheerleading and academic career at Ancilla College.

The Boys Basketball team traveled to Elwood on Friday for a CIC event that featured a special Unified Basketball game between the JV and Varsity contests. The JV Boys Basketball team won 58-45. Jerod May led the Indians in a Varsity victory over Elwood with 18pts. The Indians final score was 68-52 which now makes them 12-2 on the season.

The R.J. Baskett 8th grade girls basketball team defeated Eastbrook 39-14 in the championship of the 2017 tournament. Lady Indians Webb and Watson led the team with 8pts. each. Congratulations!