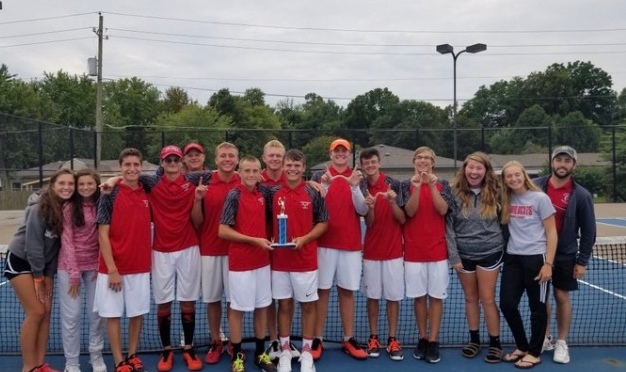 Indian News. The Mississinewa football vs Elwood game this Friday will be broadcasted LIVE on MCSC Athletics Youtube. The Meijer Pregame show kicks-off at 6:30 with Ryan Scott (play-by-play) and Riley Fuqua (Color Analyst) on the call.

TSN News. Starting this Thursday the Tribe Sports Network will be launching the ‘”coaches corner”. The coaches corner will be on the website every Thursday so Indian head coaches can tell Ole Miss fans how their team is doing in the 2019 season. Stay Tuned.

Girls Soccer. Coach Wilson and her Tribe defeated Wabash on Saturday 7-1 to move them 2-2 on the season. Webb had 5 goals for the lady Indians and Luchetti put up 2 for the Tribe. Herrera put up eight goal saves.

Girls Golf. Coach Simpson and his ladies finished 5th in the Central Indiana Conference tournament in Elwood Saturday. LaBarr 101, Allen 104, Pannell 106, Cornejo 128 and Berry rounded out with a 128 for the lady Indians. Maggie LaBarr and Allen earned all CIC Honorable Mention.

Boys Tennis.  Head Coach Bruce Fleming and his squad beat the rain and competed in the 2019 Mooresville High School Invitational on Saturday. The Indians beat Taylor High School 5-0 in round 1 and then beat the host school in the championship 5-0 to bring home the Hardware and to move them to 7-0 on the season. The Indians host rival the Marion Giants today starting at 5pm. COME OUT AND CHEER THE INDIANS ON AS THEY TAKE ON THE GIANTS.