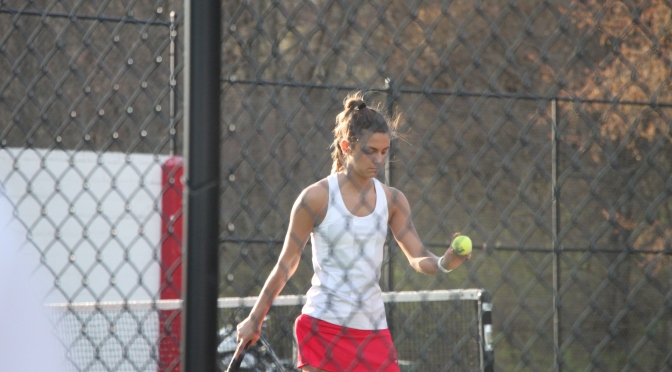 Softball . The Lady Indians fell last night to Lapel 7-5 when the Bulldogs scored 3 in the top of the 7th to steal the lead. Jenna Berryhill pitched the complete game striking out 10 and allowing 7 hits with 3 walks. Amaya David went 3-3 with 2 singles and a double. Madison Stanley batted 2-2 with a single, triple, and 3 RBIs. The JV Softball team defeated Marion 28-3 on the road.

Girls Tennis . Heidi Rowley led the Lady Indians to a 4-1 victory in her match by not allowing a single game. Mississinewa is now 3-1 on the season. Tyra Stanley and Maggie Herring also recorded singles wins. Ella Frantz and Taylor Kern won at 1-doubles. The junior varsity squad lost 8-0.

Track & Field . The boys and girls both defeated Blackford and Frankton last night. The Lady Indians won 12 of 15 events. Carli Fones won 3 events to lead the girls team. The boys won 11 events including a sweep of the relays. Elijah Standridge, Brennan Butche, and Jason Arbogast all won two events. Officially the boys won 79-53.5-23.5 over the Eagles and Bruins respectively. The girls score was 92-32-32 in the same manner.

Baseball . The JV Indians won big over Peru at Atkinson Field with a 19-2 victory.

Tonight’s Events . Girls Tennis hosts Elwood at 4:30pm. Boys Golf will take on the Frankton Eagles on the road with a 4:30pm tee time. Varsity Softball hosts Taylor at 5:00pm.