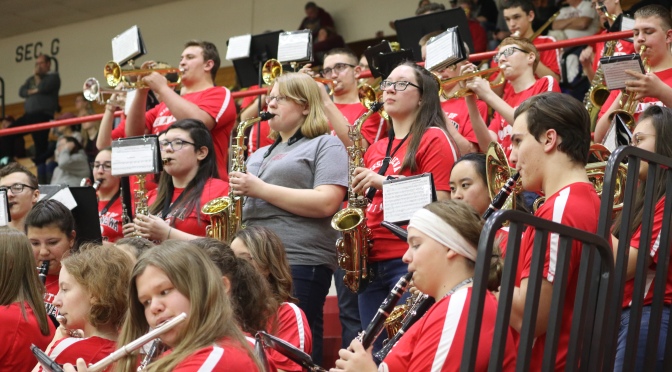 MHS Boys Basketball . The Indians played a tough Wabash team last night and picked up a win 70-52 on the road. Tai McClung had 26 points to lead the Indians. Anthony Horton added 14, Heisman Skeens 13, and Landen Swanner scored 8 points. The JV team also defeated the Wabash Apaches by a score of 54-50. Leading the scoring for the Indians were Bryce Luedtke with 11 and Keagan Williams adding 10 points to the win. Mississinewa plays Delta on Saturday with a junior varsity tip at 11:00am.

RJB Athletics . No results were reported for the junior high events last night.

Tonight’s Events . The C-Team Boys Basketball game that was scheduled for tonight is cancelled, and no rescheduled date has been set. RJB Girls and Boys Basketball will travel to Elwood tonight. The girls play at 6:30pm followed by the boys at 7:30pm.