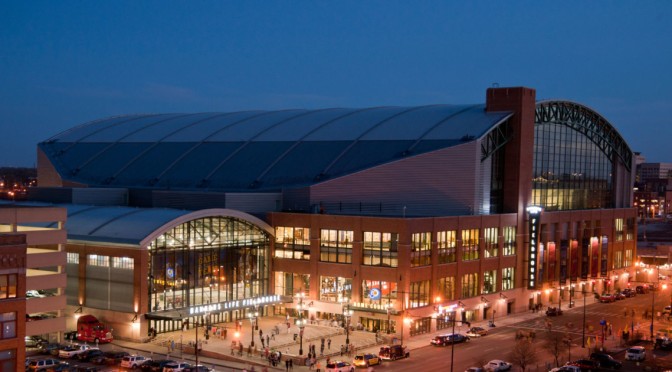 MHS Wrestling . Kyler Funk will wrestle at approximately 7:00pm Tonight at the State Finals in Banker’s Fieldhouse. TribeTV is not permitted to cover the event, but a live stream is provided at IHSAAtv.org. TribeTV will be on the mat sending photos and updates. There will be a send-off ceremony at 11:00am at Mississinewa High School for Kyler before he leaves for Indianapolis. Watch the send-off live on MCSC Athletics Facebook.

RJB Wrestling . The junior high team faced Elwood and Southern Wells last night. RJB defeated Southern Wells in the first event 46-30. Hurd, Alston, Galvan, Johnson, Spencer, and Ice won by pin. Hickman won in a major decision, and Bebout and Mobley won on a normal decision. RJB fell in the second round against Elwood 30-18. Galvan, Johnson, and Rose all got pins.

Mississinewa High School Senior Honor Night for winter athletics is this tonight at approximately 7:00pm. The event will take place immediately after the Boys JV contest with Eastbrook. TribeTV will have live coverage of the entire evening on MCSC Athletic’s YouTube channel.

Military Night will take place on tonight. All veterans and active military personnel will receive free admission, and are asked to sign in upon arrival at any one of the main entrances. Those that attend will be honored between the JV and Varsity contests.

Tonight’s Events . MHS Boys Basketball take on Eastbrook in a CIC match-up. Freshman play at 5:00pm to kick off the night. Kyler Funk will wrestle in the first round of the state finals at Bankers in Indianapolis. The Parade of Champions starts at 5:45pm. Kyler is wrestling in the 182 class.

Winter Olympics .  The highlight of the day in the winter olympics was Ryan Donato netting two goals to help the United States get past Slovakia in hockey.

NCAA Men’s Basketball . #6 Purdue was upset by Wisconsin last night 57-53. Ethan Happ scored 21 points and pulled down 12 rebounds to lead the Badgers in their biggest win of the season.