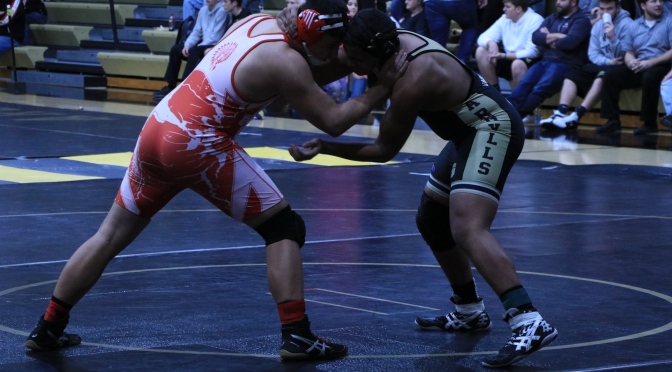 JV Girls Basketball . The Lady Indians fell in the first round of the Grant Four at Mississinewa tonight to Oak Hill. Taylor Ulerick had 8 points, Jenna Berryhill and Laekyn Emmons had 7 each, and Darah Watson had 4 points. Thanks to Dalton Bishop for reporting these stats and announcing the JV Grant Four.

JV Boys Basketball . The Mississinewa JV Basketball team defeated Oak Hill by a score of 40 to 35 in the first round of the JV Grant 4. The Indians were lead in scoring by Landen Swanner with 11 points and the team will play in the JV championship on December 23rd at approximately 2:00pm.

MHS Wrestling . The Indians competed tonight in the Grant Four at Madison Grant High School. The team crowned three individual weight class champions with Tackett, Smith, and Funk. The team has a little bit of time off before they compete after Christmas.

Tuesday’s Events . MHS Boys Basketball travels to Yorktown for a battle with the Tigers at 6:00pm before competing in the Grant Four Tournament this Saturday at Eastbrook.

Heading into the holiday, the Indianapolis Colts are 3-11 after the loss to Denver. The Indiana Pacers are 17-14 coming off of a one point loss to Boston 112-111. Villanova and Michigan State top the polls in Men’s College Basketball. Ball State Women’s Basketball is still undefeated.