The 2017 Mini Indians Cheer Camp came to a close last night for Coach Castanon and the Lady Indians Cheer squad. The camp hosted youth in learning skills, cheers, and activities to promote the sport of cheer. For more pictures and insight follow Mississinewa Cheerleading on Twitter and Instagram. 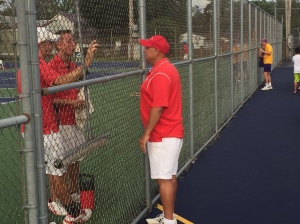 Boys Tennis finished their 2017 season in a sectional battle against Marion last night losing 3-2. Scott Hunt of the Chronicle-Tribune provided a fantastic Tweet-cast of the match that came down to a very exciting 2 & 3 Singles contest. The Marion Giants finally won after 3 hours. Paxton Sample won at 3 Singles and the First Doubles team of Seth Graves and Chandler Morrison also earned a victory. Congratulations on a great season to the Boys Tennis team and Coach Fleming.

Oak Hill visited Fisher Field for the final home match for the Indians Soccer team. The boys battled very well last night but fell 7-0. Fans can watch the replay of all the action on MCSC Athletics YouTube channel. 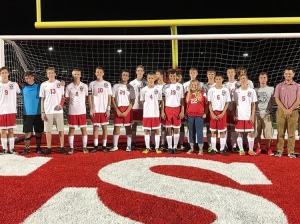 There are no events for tonight. MHS Football travels to Oak Hill tomorrow to battle the Eagles at 7:00pm.

GBB will play in game 4 of sectional 23. Mississinewa will play the winner of FW Bishop Luers vs Norwell