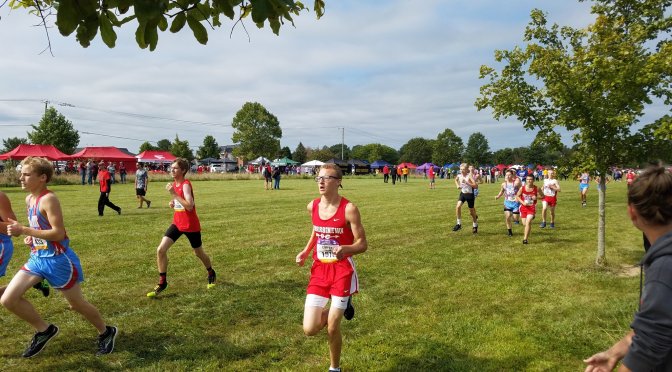 On Friday, Indians Football traveled to Blackford for another CIC match-up. The Indians won 47-3.

Saturday was a tough day for Boys Tennis. The team competed in the Fort Wayne Carroll Invitational. Paxton Sample was the only Indian to come away with a victory. Sample was 2-1 with his only loss coming from a super tie-break to Homestead. The Indians are 7-4 on the season and compete next at Maconaquah on Wednesday.

Mississinewa Cross Country ran in the Marion Invitational on Saturday. Brennan Butche broke the school record and the Grant County record by running 15:26 and finishing in 4th place in the Elite Division. Mississinewa Boys finished 15th in the Purple Division. The Lady Indians finished 13th with the best finish coming from Aurora Fisher (8th) with a time of 19:53.

Mississinewa Volleyball competed in the Kay Saunders Classic hosted by the Wes-Del Warriors on Saturday. The team finished 2nd to an undefeated Hagerstown after a very good run throughout the day.

Girls Soccer hosted Whitko on Saturday in game one of a doubleheader with the guys team and came away with a win 3-1 on three goals by Webb. Boys Soccer lost on the morning to Manchester 9-1.