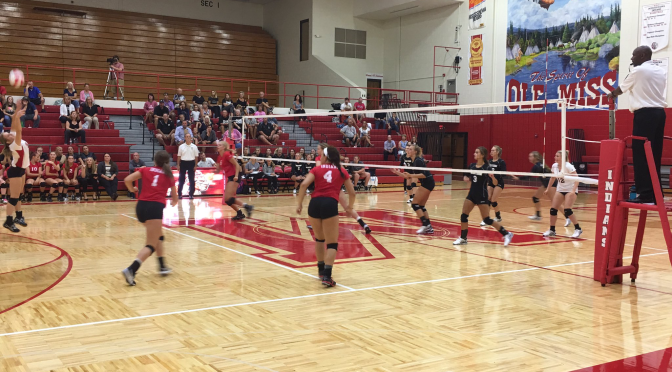 Volleyball and Head Coach Hope Coons earned a win last night against Western as they opened play on a newly renovated court. The Lady Indians won in three sets 25-13, 25-18, and 25-20. Halle Planck had 6 blocks, 12 kills, and 1 ace. Erika Foy compiled 9 kills, 1 block, and 2 digs while Kenzie Skeens had 37 assists.

Boys Soccer was on the road again last night to battle the Apaches of Wabash. The Indians lost 4-1 (Yoder goal). They open the season at home on Saturday which fans can watch live on TheCube and TribeTV.

Featured Image shared via Twitter @Gsanvin . Senior Spotlight can of Abigail Tignor can be found on yesterday’s Chronicle Tribune along with more great coverage of Grant County athletics.